With its pounding rhythms and fast tempos, bluegrass music lifts spirits and invites motion. Listeners nod their heads, stomp, tap, and clap. So, it may be surprising that although there are bluegrass recordings, performances, and concerts, there are no bluegrass bands dedicated to dance music.

Can you dance to bluegrass music? Of course, you can dance to bluegrass fiddle tunes and breakdowns, but you probably won’t want to dance to the entire repertoire. Clogging, flatfooting, and buck dancing grew up alongside bluegrass. Partner styles like square dancing are also traditional.

The deeper you go into the various mountain dancing traditions, the more fierce opinions you will find about nomenclature and categorization. Ballroom and ballet dancers may not know what to do when the band starts pickin,’ but plenty of folks do, and some people just can’t sit still.

The Bluegrass Repertoire: What Can You Dance To And When Is It Just Wrong?

The bluegrass repertoire includes fiddle tunes, which are often carried by banjos, mandolins, and guitars. Fiddle tunes were originally dance tunes. Some of them actually have the term “reel” or “jig” in their names, which is a good clue. There are also instrumentals or breakdowns that did not arise from the fiddle tune tradition. It’s almost hard not to dance!

But what about the rest of the repertoire?

Bluegrass music includes some grim folk songs that provide a sharp contrast to the toe-tapping musical arrangements. The idea of kicking up your heels to raw ballads about infidelity, death, and murder may be off-putting. Songs like “I Killed Sally’s Lover,” Poor Ellen Smith,” or “The Little Girl and the Dreadful Snake” may deflate the urge to dance.

Some folk and modern bluegrass song lyrics may be better suited to funerals. Unless it’s more of a wake or everyone has been looking forward to dancing on the grave, maybe you shouldn’t dance.

Similarly, the gospel tunes in a standard bluegrass repertoire may also dampen the impulse to dance. The acapella vocals and Christian imagery may not inspire dancing.

Meanwhile, to avoid getting in trouble for disturbing the peace, it’s best to abstain from dancing to bluegrass music unless all neighbors within earshot have given you the okay. Throwing a clogging party is a spectacular way to annoy downstairs neighbors, especially if they can hear all the fun and haven’t been invited.

So, we can dance to some bluegrass music in some situations, but what exactly does that look like?

Clogging, Its Ancestry, And Its Cousins

The dance styles you might see (or try) with bluegrass developed from a variety of influences, but probably started with clogging. Clogging, or clog dancing, started in England and Wales during the Industrial Revolution. The high humidity needed for spinning cotton meant that the floors of cotton mills were kept wet, creating the need for wood-soled footwear, as this article describes. Farmers also wore them.

Clogging was informal and took up very little space, so it could happen almost anywhere. Competitions and performances became popular in the 1800s. A late 19th and early 20th-century music hall touring group, The Eight Lancashire, included ten-year-old Charlie Chaplin.

Immigrants from the British Isles, Germany, and Holland moved to the southern Appalachian Mountains and brought their music and dance styles with them.

American clogging also absorbed influences from Russian Gypsies, African rhythms and movement and Cherokee step dances. It became associated with the antecedents to bluegrass, known as “mountain music,” or “country music.” In the 1920s, the popularity of American clogging was boosted by its inclusion in Asheville’s Mountain Dance and Folk Festival. It is a loose style, typically with bent knees and a straight back and focused on footwork.

Clogging branched out into sub-genres of solo and group dancing. Although all these solo styles have advocates for their distinctiveness, other people will use the terms interchangeably.

Several styles grew from these and other influences but are not associated with fiddle tunes and bluegrass music:

Social or partner dances developed with similar influences. The social dances brought by English, French, Sottish, Scandinavian, and Spanish immigrants contributed to the development of square dancing. The tradition of callers arose, so participants did not have to learn every sequence. The terms “promenade, “allemande,” and “do-si-do” were contributed by the French, with the latter being an Americanization of “dos à dos” (back to back).

Since then, the advent of hoedowns, barn dances, the two-step and country western dancing have given us even more dance styles that are compatible with bluegrass music. You could even sneak in some swing dancing. We won’t tell.

Square dancing popularity has ebbed and flowed, but competitions keep the spirit colorful and lively.

Audience members at bluegrass festivals attend for a variety of purposes. Some come to listen attentively or as background. Some come to see their favorite musicians perform live. Those who come to dance may block views of the performance, causing considerable consternation. Festivals will sometimes set aside an area for dancers away from the front of the stage. This helps the dancers be respectful of the audience’s sightlines. But if no space is set aside, dancers can thoughtfully choose a spot on the side or in the back of the stage.

So, if you can manage to find a spot that doesn’t obstruct anyone’s view, go ahead and kick up your heels! You can try any of the traditional styles (although it’s likely to be on grass or dirt, not a hard surface), or just shake it “hippy style.” Have fun!

Bluegrass at Wedding Receptions and Other Events Where Dancing Occurs

Most bluegrass bands know some fiddle tunes and other instrumentals, but to keep their fans happy, they also perform an array of ballads and gospel songs that are less suitable for dancing. Consequently, many bands have a hard time filling an entire set – or two or three – exclusively with dance music. That doesn’t mean they wouldn’t be glad to take the job; a gig is a gig, after all. But it might be worth a conversation about repertoire strategy so that gloomy lyrics and other dance inhibitors don’t flood the mix.

These are good places to start:

Want some inspiration? Try this or this.

Yes, You Absolutely Can Dance to Bluegrass Music!

You can freestyle with clogging, flatfooting or buck dancing, or even “hippy dancing.” You can join a precision clogging group or go square dancing. You can request fiddle tunes and breakdowns and dance the night away. Just try not to keep your neighbors awake or block audience views of festival stages! 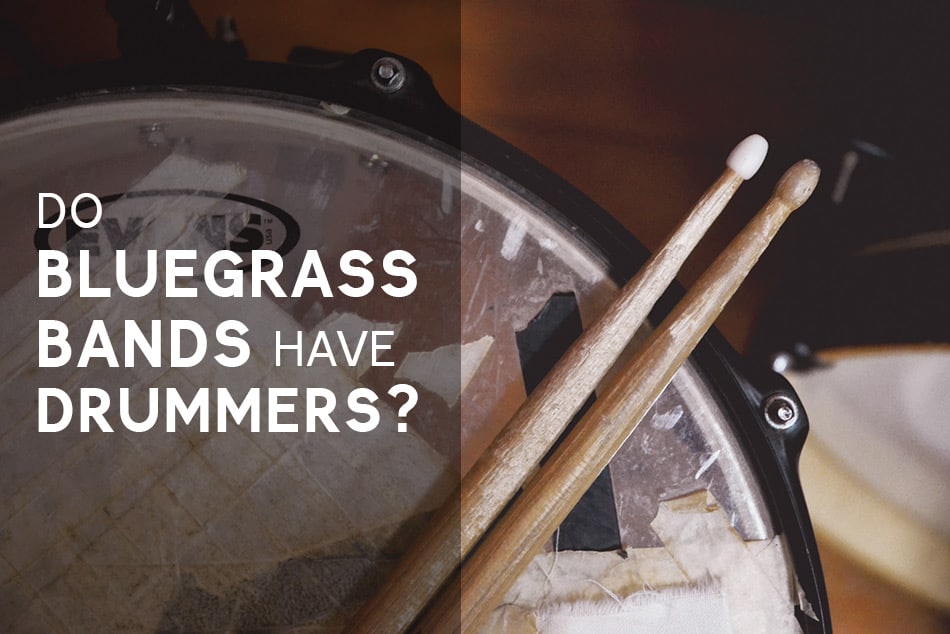