Bluegrass and Country music may appear to be very similar to outside or novice listeners, but there are differences between them. Many listeners will also stand firmly on one side or the other when it comes to which music is “better” than the other. It is important to note that any music is important music to those who benefit from the sound. Opinions on genres “besting” each other are purely subjective.

I grew up in Kentucky which is the home of bluegrass music. I also grew up less than an hour’s drive from Nashville Tennessee which is country music capital. I have been exposed to both of these types of music for the majority of my life. There are quite a few differences between the two but they also have some similarities.

Bluegrass may also be more improvised rather than structured like country music. The following chart will help to illustrate some of the main differences between these two genres of music.

These are just a few of the reasons why bluegrass and country music are different. There are many more, especially to the trained ear or lover of one or both genres. There are also ways to tell them apart once you’ve learned these differences. You may even find yourself appreciating these genres a bit more after taking another listen to some of their songs!

Let’s dive deeper into the differences between these two genres. Country music came about earlier than bluegrass, around 1920. Bluegrass was short to follow around the 1940s after its breakaway from country roots. Bluegrass focused on more blues inspirations rather than the twang of country.

Hardcore bluegrass fans will tell you all the things a true bluegrass song needs:

While this list by no means encompasses all bluegrass music, it is a starting point for novice listeners to spot a bluegrass song or artist. You may have even heard a song start to play in your head that you immediately thought of while reading those instruments. It may have also helped you realize whether a song you heard truly is bluegrass or country.

Next, country music tends to stick to similar setups when it comes to writing and performing the songs. Oftentimes country music will have a twang sound to it, both in instruments and singers. Bluegrass may have a similar singer, however, they do not try to elicit the same sound heard from a country singer.

The singing in bluegrass music isn’t usually the centerpiece of a song. Those who listen to bluegrass music, including me, may look forward to hearing the solos (or breaks) from the musicians of the various instruments during the song.

Lastly, many artists will label themselves as bluegrass or country artists during live performances. Oftentimes you will hear one or more artists proclaiming their devotion to the genre or labeling various cover songs as such. This is not to say that country artists won’t sing bluegrass and visa versa.

What Kind Of Instruments Does Each Music Play?

Here are some instruments you will commonly hear in either country or bluegrass music. Often the instruments alone can be a great indicator for which type of music you are listening to on the radio:

What Sort Of Sound Does Each Genre Have?

Firstly, both genres have distinct sounds that help tell the two apart. It may not appear that way at first, but after taking a second listen, you can pinpoint the differences. Here are some details you should pay attention to the next time you listen to a country or bluegrass song:

Listen To The Setup

Most country music follows the same setup when producing a song. They follow the setup of storytelling and chorus. Their songs are structured to be performed the same way each time. Bluegrass music tends to be more improvised sounding, with more instruments having their time to shine rather than focusing on lyrics alone. You may never hear the same bluegrass song twice if performed at different venues or settings.

How Do The Artists Showcase Their Sound?

Artists of both genres have a love for their music, as all artists do. Many often showcase this devotion by promoting the sounds of their genre. Country music stars do this by the way they dress and talk, as do bluegrass bands. There are some differences between the two genres to help better tell them apart.

One factor to think about is the setup of the band:

Another factor is where artists are performing. Many country artists will travel with other country artists while on tour or at a record signing event. More often than not, if you are at a country music festival, you will hear more country than bluegrass. The same is true for bluegrass festivals. That is not to say that either genre would not cover the other’s music or have bands present from other genres.

Lastly, consider what the artists tell you. Many will directly label their music as either country or bluegrass. If they are covering songs from different genres, they will announce it and pay homage to the music. Their albums will most likely also label their music as what kind of genre they fall under. When at a live performance or concert, there will most likely be signs everywhere showcasing the genre. When in doubt, consult the internet! 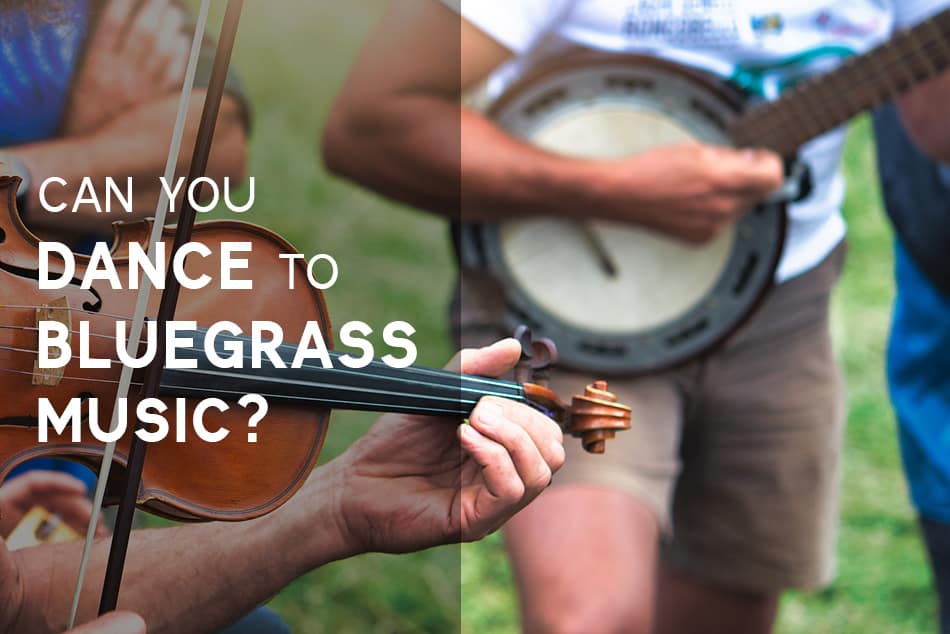